ON THE CASE – KEY QUESTIONS TO DETERMINE LEGALITY OF AN ARREST 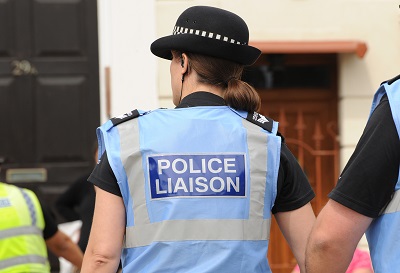 In R (on the application of Norman) v Chelmsford Crown Court & The Chief Constable of Essex Police (2020) the Court considered the lawfulness of the arrest of a husband and wife.

The Judgement showed that in order to defend a claim challenging the legality of an arrest, it is essential that officers can demonstrate clearly their thought processes and compliance with PACE.

Mr and Mrs Norman (Claimants 1 and 2) brought a judicial review claim after Essex Police obtained warrants to search their home, where they were arrested.

Prior to the search warrants being obtained, an informant provided intelligence to the Police that Claimant 1 was running a fraudulent investment vehicle. Enquiries also revealed very little income had been declared despite a luxury lifestyle. However, it would later transpire the informant's information was inaccurate.

On obtaining search warrants, the Police arrested Claimant 1 on suspicion of fraud and money laundering. Footprints were found in the dew in the garden and bags of cash in hedges. There were also women's trainers found with grass clippings on them and the heels turned down (suggesting they had been taken off and put on in a hurry). The only adult female awake at the time was Claimant 2 who seemed to have dressed hurriedly. Based on this, Claimant 2 was also arrested on suspicion of being involved in fraud and money laundering. It was suspected they had hidden cash quickly to frustrate the enquiry.

The Police conceded the warrants should be quashed due to procedural errors. Consequently, property seized from the house unlawfully was returned.

The police officers' evidence stated the arrests were made to prevent any collusion and to interview the Claimants at a police station.

To make a lawful arrest, Section 24 of the Police and Criminal Evidence Act 1984 (PACE) and the revised Code G must be followed.

Section 24(2) requires the arresting officer to have reasonable grounds for suspecting an offence has been committed. Suspicion is defined as a state of conjecture or surmise where proof is lacking.

Section 24(4) requires that an officer can only exercise an arrest if one of the reasons set out in Section 24(5) is satisfied. The reason given was Section 24(5) (e): to allow the prompt and effective investigation of the offence or of the conduct of the person.

Code G (2C) requires the arresting officer to consider that the arrest is the practical, sensible and proportionate option in all the circumstances. Code G (2F) requires that the officer must consider whether the arrest is necessary in order to carry out an interview. They must consider the suspect's voluntary attendance as a practicable alternative. The requirement for necessity cannot be simply that it is desirable or convenient.

The questions an arresting police officer must ask themselves were considered in Parker v Chief Constable of Essex [2018] EWCA CIV 2788:

By the time of the arrest, the Police had already reasonably suspected that Claimant 1 was engaged in a substantial fraud, given the information they had received.

Due to the investigation at the house and the evidence obtained, it was considered the officers had reasonable grounds for suspecting that Claimant 2 had hidden cash and therefore to arrest them in order to prevent collusion.

Lessons to be learnt

The Claimants were innocent of the offences of fraud and money laundering for which they were arrested: inaccurate information had been provided by an informant; the reason Claimant 1 kept cash around the property was because of their concerns about the stability of the banking system and Claimant 2 did not know about these before their arrest.

However, the Police had complied with Section 24 and were able to show that they believed, and had reasonable grounds for suspecting, the Claimants had committed the offences, and it was reasonably necessary to arrest them both.

The officers' evidence persuaded the Court to dismiss the claims for false imprisonment. This reinforces the need for officers to be able to demonstrate their thought processes and compliance with PACE at the time of arrest. See Parker v Chief Constable of Essex [2018] EWCA CIV 2788.

Rose Silvester is a Senior Associate and Oliver Bramley is a Trainee Solicitor at DWF Law LLP.