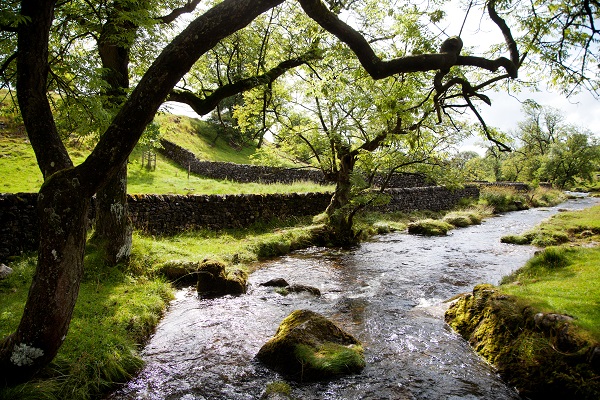 BLM successfully defended a claim against the Yorkshire Dales National Park Authority (YDNPA) and North Yorkshire County Council (NYCC) by a claimant who fell while crossing a set of stepping-stones in the River Cover on 10 July 2015.

NYCC is the highway authority for public rights of way in the National Park, however pursuant to an agreement (under Sections 101 and 11 of the Local Government Act 1972), YDNPA agreed to discharge NYCC’s statutory duties under the Highways Act 1980 (HA) in respect of rights of way, which included the obligation to maintain the surface of the highway under Section 41 of the HA.

The stepping-stones on which the Claimant slipped had been replaced by YDNPA in 2008. In replacing the stones, YDNPA followed guidelines produced as a result of a study they commissioned in 2001 and submitted the relevant application to the Environment Agency, which was approved.

The Claimant’s pleaded case was that the stones were ‘slippery and their texture compromised’ because of ‘the presence of algae and/or the chemical effects of the same on the fabric of the stone itself’ and because of ‘deposits from overhanging trees and/or the water itself’.

The Claimant pursued causes of action under Section 41 of the HA, Section 2 of the Occupiers Liability Act 1957 and Regulations 5 and 12 of the Workplace (Health, Safety and Welfare) Regulations 1992, and in negligence (for alleged nonfeasance and misfeasance) and nuisance.

The Claimant also alleged the Defendants should have placed the stones at even distances, and not placed them too low in the water, which the Claimant alleged allowed algae to grow.

The claim was limited to Section 41 in relation to the physical condition of the stones themselves and alternatively in negligence, based on the Defendants’ alleged misfeasance.

The Defendants’ case was that their duty under Section 41 was to keep in repair the fabric of the highway, which it had done. The duty did not extend to its construction or design, and there is no duty to remove algae. As such, the Claimant had to show there was a defect in the fabric of the stepping-stones which rendered them a real source of danger, having regard to the condition in which members of the public would expect to find stepping-stones in a remote river.

The Claimant accepted that it was the build-up of algae that caused him to fall. The Defendants therefore argued that as there was no evidence of, and no allegation of an underlying defect in the fabric of the stones on the Claimant’s own evidence, and so the claim under Section 41 must fail.

In respect of the alleged misfeasance, the Defendants’ case was that no danger had been created when the stones were replaced in 2008; it was appropriate for YDNPA to follow the guidelines from the 2001 study in installing the stones. They were not installed negligently and were an obvious improvement on the previous stones.

Recorder Barnett found: “there is an obvious inherent risk with use of stepping-stones, which is that algae, sap and moss may form when the stones are submerged or in areas protected by trees, which can make them slippery”.

He also found that the Claimant knew the river and the stones well and that: “the standard of vigilance expected from hill walkers and others, has to be adapted to the conditions, the social utility and the degree to which the user is familiar with the hazard”.

In relation to the Section 41 claim, the Claimant failed to prove there was anything in the underlying condition of the stepping-stones that made them dangerous.

The Claimant’s principle submission: that the stones were situated too close to each other, so as to not comply with the 2001 guidelines and therefore making them dangerous, was dismissed. Recorder Barnett found the placement of the stones complied with the guidelines, which did not set a minimum gap.

As regards the alleged misfeasance, Recorder Barnett found the decision by YDNPA to replace the stones in 2008: “was carefully considered and resulted in an improvement upon the existing stones that required attention”. Again, he found YDNPA had appropriately taken account of the 2001 guidelines in replacing the stones and he dismissed all of the Claimant’s criticisms regarding their shape and placing.

Against those findings, Recorder Barnett was bound to dismiss the claim.

Lessons to be learnt

This is useful example of the courts limiting the scope and extent of the duty owed by defendants under Section 41 of the HA and for misfeasance in the context of activities in rural landscapes. Absent special or particular facts, an adult who chooses willingly to take a course of action in such landscapes which gives rise to an obvious degree of risk, will find there is no means of recompense if the risk materialises and injury results.

Chloe Jenkins is an Associate at BLM. Chloe successfully represented the defendants and Zurich Insurance in this case. Counsel was Jack Harding of 1 Chancery Lane.