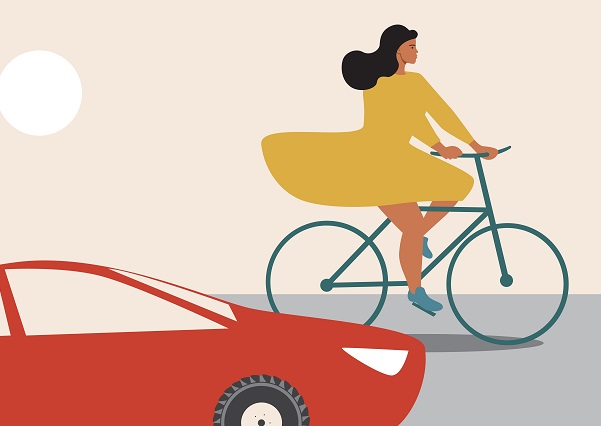 The Highway Code sets standards road users are expected to meet to ensure their road use is safe and compliant with the law. In turn, the Code is a benchmark against which road policing officers judge driver behaviour when investigating road traffic offences.

Some contraventions of the Code are themselves offences. Section 95 of the Code instructs drivers not to drink and drive, or take drugs and drive, but the prohibition of driving under the influence of alcohol or drugs is specifically provided for in legislation.

Some contraventions might be indicative but not determinative of careless or dangerous driving. Section 91 directs drivers to get sufficient sleep before embarking on a long journey, but failure to do so is not in itself an offence. However fatigue may be the reason why a driver does not react in time to an avoidable hazard, and driving while fatigued may amount to careless, or even dangerous driving.

Recent changes to the Code (See ALARM sponsor segment – changes to road risk) not only impact drivers and other road users, they also impact on road policing.

In the context of investigating careless driving following a road traffic incident, police officers will need to be sensitive to the fluidity of any road users’ level of responsibility towards other road users.

Section 163 of the Code has been amended to include additional guidance for overtaking pedestrians, cyclists, horse riders and horse-drawn vehicles. As a guide, we are advised to overtake cyclists leaving a 1.5m gap at speeds up to 30mph, and to give more room above that speed; we are advised to pass horse riders and horse-drawn vehicles at less than 10mph, while allowing a 2m gap.

Acknowledging that this is merely guidance, police officers will be faced with assessing whether a driver can still be driving carefully, despite being slightly closer than the recommended distance and speed. They will be faced with drivers defending allegations of careless driving on the basis that they drove in compliance with the guidance, where the circumstances might indicate a greater degree of care was required.

Further planned changes to the Code highlight additional challenges coming over the horizon for roads policing. In April 2022 the Government announced plans to amend the Code to provide rules for the safe use of self-driving vehicles on UK roads. It expects to have a full regulatory framework for self-driving vehicle use by 2025.

However, policing the use of self-driving vehicles will be complex. As an example, anticipated changes to the Code include allowing drivers to view non-vehicle related content on screens when the vehicle is in self-driving mode.

However how easy will it be for officers to establish whether a vehicle is in self-driving mode, when a driver is seen viewing content on screen? Drivers will be required to remain alert and ready to resume control of their vehicle, but what driver behaviours will be permissible, and what not, to satisfy this test? And will a failure to be sufficiently alert amount to an offence of careless driving, even though the driver is patently not driving, or will new offences be needed for officers to effectively police operation of self-driving vehicles?