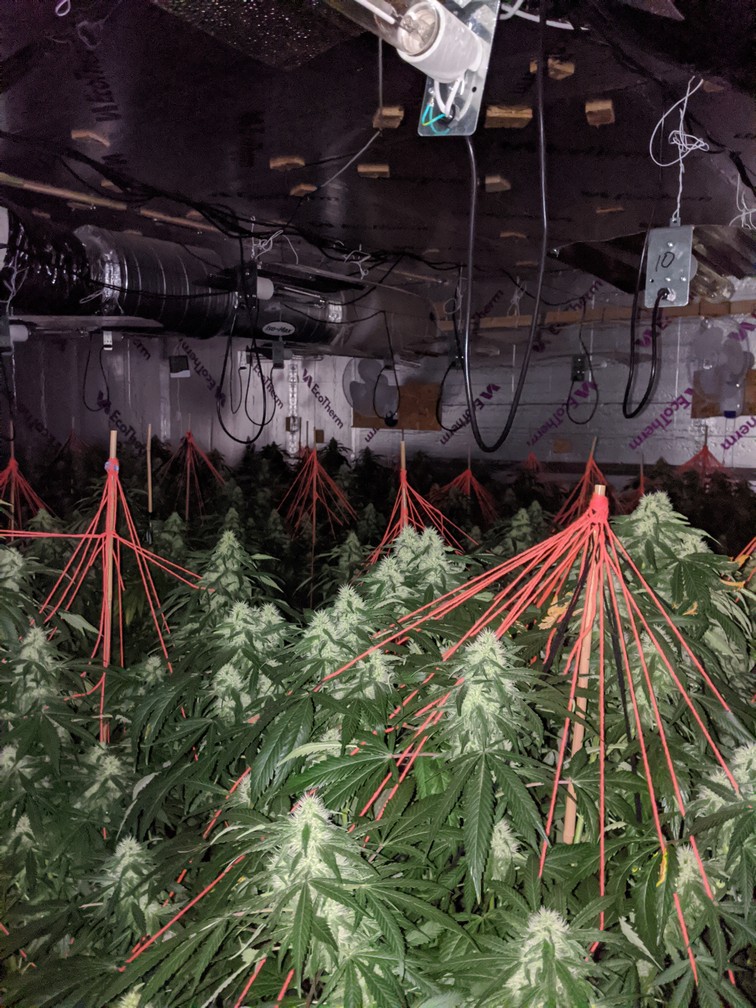 Burgoynes has seen a marked increase in fires associated with cannabis cultivation during the pandemic.

While the trend is not fully understood, it may be the result of a growth in unoccupied buildings, a drop in tenanted property inspections during COVID-19 waves and lockdowns, and generally, people looking for ways to make money.

The illegal cultivation of cannabis is a major cause of property damage in domestic, commercial and industrial premises - tenanted or unoccupied.

Insurers and landlords are tackling the problems associated with the cultivation of cannabis, whether fire, or other structural damage.

Growing operations might range from a relatively small set-up with a few plants in a domestic loft space (perhaps for personal use) to far larger commercial scale operations. Regardless of the scale, the damage and inconvenience caused to property can be significant to the building owner and their insurers.  It is also known that cannabis cultivation can be associated with crimes including modern slavery and human trafficking.

The way cannabis is grown varies but the equipment required for cultivation can be bought legally on well-known online marketplaces. The equipment typically includes high-powered lighting, ventilation fans, ducting and filtration, water pumps and insulation, which are all intended to produce optimum growing conditions.

Due to the high energy consumption of typical growing equipment, it is common to find evidence of unauthorised interference with the mains electricity supply equipment. This can involve bypassing service fuses and tariff meters to extract electricity illegally.

In an attempt to avoid detection, the growers may not stay in the same location for long and the wiring of growing equipment in properties is often not installed with longevity in mind. This amateur wiring increases the risk of fire.

In recent years we have seen an increase in the production of an oil concentrate from cannabis produced from parts of plants normally considered waste. ‘Honey’ or ‘hash’ oil is removed by solvent extraction, commonly using highly flammable butane. Numerous websites explain how this the oil can be produced, which had led to people increasingly carrying out production at home.

The use of solvents in an uncontrolled manner, without adequate ventilation and in premises where there are ignition sources present from household appliances (such as fridges) has led to explosions, causing significant structural damage, injury and even loss of life.

Fire risk is not the only concern of building owners. The building fabric can be extensively damaged by installation of growing equipment, moisture and condensation while growing, and escape of water from irrigation systems.

These problems are often only discovered after the growers have moved on, leaving the building owner with a high cost to return the property to a habitable or rentable condition.

Evidence of cannabis cultivation is often clear to an experienced investigator. Residual plant material (root balls and leaves), compost, fertiliser and electrical equipment, including the characteristic remains of lighting, fans and ventilation equipment, are often found among the debris. Also, there is often tell-tale ducting found routed through walls and up chimneys, along with foam insulation or plastic sheeting used to line walls and windows.

Cannabis growing activities can be destructive to property in a number of ways. The cost of rectifying the damage caused after the growers have moved on and loss of rent while this work is undertaken may fall within the insurance deductible. An incident such as a fire or explosion in one property can result in surrounding properties becoming uninhabitable.

Key signs to look for include:

Professional growers responsible for large scale operations (more likely to be drawn to large empty buildings) need to be comfortable they are not going to be discovered before their crop is harvested. If they are using an unoccupied building, they will monitor the level and frequency of inspections by owners or managers over time to determine risk of detection.

Regular and thorough internal inspections of unoccupied buildings should deter growers from setting up operations and increase detection of ongoing cultivation.