SPONSOR SEGMENT – FIRE ON THE RISE DURING LOCKDOWN 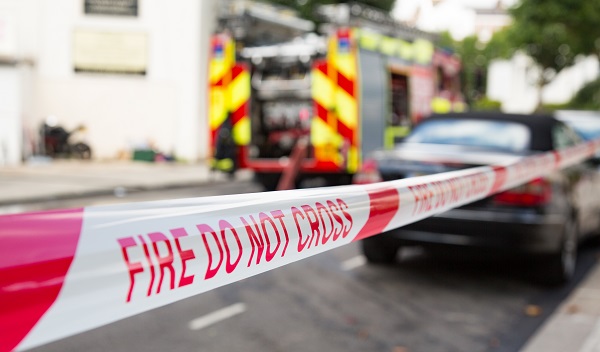 Fire-related losses are one of the largest contributors to property insurance claims in the UK. According to figures produced by the Association of British Insurers (ABI), such incidents in 2018 resulted in insurance pay outs of approximately £1.3 billion.

Yet despite the scale of these losses, fire-related incidents are in decline. According to the Home Office figures for 2019, fire and rescue services attended 555,759 incidents of which 157,156 were fires – a 12% drop compared to 2018 with falls reported in all fire types.

However, the introduction of lockdown by the UK Government in March 2020 appear to have reversed the trend. Crawford claims data has shown a significant increase in fire-related incidents in residential and commercial properties since March.

In a recent study, Crawford analysed fire-related claims data captured between 1 September 2019 and 11 June 2020. The data, with included loss information spanning properties, outbuildings and outside areas for both commercial and domestic sites, showed a 40% spike in fires during 1 May to 11 June.

Comparing these figures to pre-lockdown data, we have seen a significant shift in the primary locations of reported fires, with outdoor areas including outbuildings seeing an increase of 187% in the number of events recorded. Such fires account for 60.1% of fire-related incidents during lockdown, up from 26.3%. In contrast, dwelling fires almost halved from 35.1% to 17.6% and commercial incidents dropped from 38.6% to 22.2%.

Further analysis of the fire-incident data has shown how lockdown has impacted the primary ignition sources for these events, with the latest information being compared to data compiled by the UK Fire Service over the last nine years on main causes of fire.

Cooking appliances accounted for 50% of domestic fires, while cooking applicants and electricity supply accounted for 36& for commercial properties. However, Crawford’s analysis of ignition sources during lockdown showed:

Another concerning insight was a marked increase in potential fraudulent activity, with one-in-three outbuilding fires and one-in-five fire claims flagged as suspected cases of arson.

There are a number of factors that are potentially combining to cause the surge in fire-related claims activity witnessed during lockdown. There include:

While in general, lockdown has resulted in a marked decline in claims activity across virtually every line of business, fire claim submissions have bucked that trend. As the UK slowly unwinds its lockdown restrictions, it is likely that we will see a re-establishment of the downward trend for fire incidents reported in recent years. However, the predicted slow return of the economy to pre-pandemic levels is likely to mean that fraudulent activity and exaggerated claims remain a significant concern for insurers.